Home/Feature, food, hidden gems/Vacations in Italy and Gelato!
Previous Next 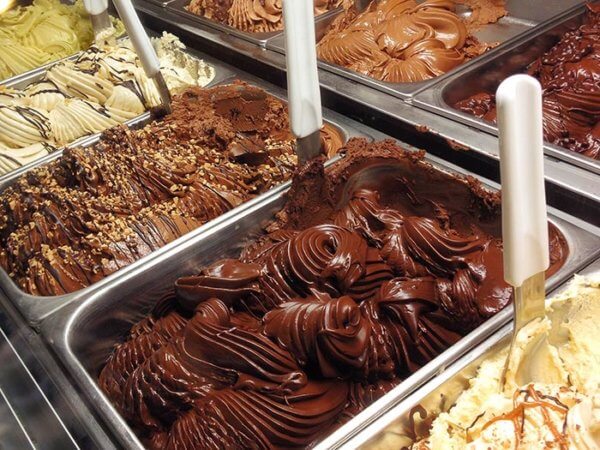 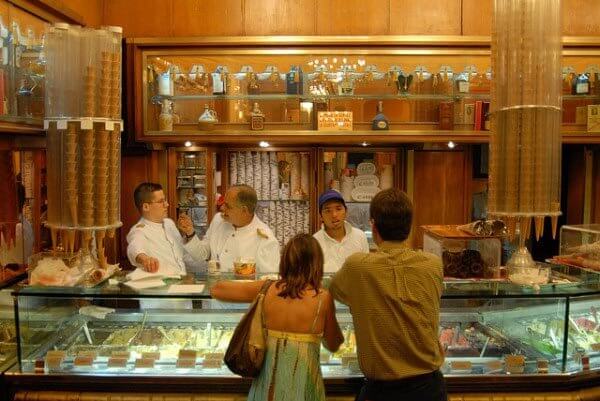 When you ask someone what their favorite dessert is, you can usually expect something along the lines of cake or ice cream!  Ice cream is so popular in the United States that we even have that popular saying everyone shouts as a kid “I scream, you scream, we all scream for ice cream!” It’s a sweet treat that cools us down in the summer, and fulfills our late night sweet tooth. However, if you asked asked an Italian what their favorite dessert was, ice cream probably wouldn’t be the response you’d get. Gelato is ice cream made the Italian way, and like pasta and pizza, it’s one of the foods Italy is famous for.

It’s said that the first forms of gelato date back to ancient Rome and Egypt, there are even examples of different forms of frozen treats being enjoyed in biblical times. These were by no means the creamy treat we’ve come know and love today. The first forms of modern gelato were created by a Florentine artist named Bernardo Buontalenti who served the first cold cream of made from milk, honey, and egg yolk to the Medici court in 1559. But it was spread from Italy to Europe by a Sicilian fisherman named Francesco Procopio dei Coltelli (say that name ten times fast). He was the first individual who sold gelato to the public, opening a cafe in Paris in 1686 named “Cafe Procope.”

But what’s the difference between the ice cream and gelato? They’re both cold, delicious, and easily scoopable. So what makes gelato so much more popular than ice cream? One of the main differentiating factors between the two is that gelato contains a lower amount of fat content than ice cream. By Italian law, gelato must contain at least 3.5% of butterfat. Gelato’s fat content is not legally regulated in the United States, but ice cream is. In the US, ice cream must contain at least 10% butterfat. In order to have a lower percentage of fat, gelato uses more milk and less egg yolk, whereas ice cream uses more cream and yolk. This makes gelato a generally healthier alternative to ice cream!

Compared to ice cream, gelato is creamier, smoother, and denser. Unlike ice cream, which is churned hard and fast, causing it to be fluffier and lighter, gelato is churned much slower which erases air bubbles. This lack of air bubbles is what causes the creaminess and density, which is why gelato often ends up looking like a like an elastic putty in a tray before its touched or scooped for an eager customer.

Since it’s been over 330 years since Francesco opened his shop, gelato has spread all around the world, which is something worth celebrating. Entering its ninth year, the Gelato Festival is a European competition that “recognizes the best Italian and foreign gelato artisans and the flavours they create for the tour.” The festival, which starts in April and lasts through September, travels all over Italy and then spreads to other competitors in Europe.

If you’re interested in seeing authentic, Italian gelato first-hand, then our Highlights of Florence and Tuscany Experience  is the perfect choice because it will take you on a visit to one of the oldest gelaterias in Italy. These Tuscany holidays allow our guests to live like locals and show you where to go in Italy.  Authentic gelato will definitely be a delectable treat you can indulge in during an experience with A Toast to Travel.